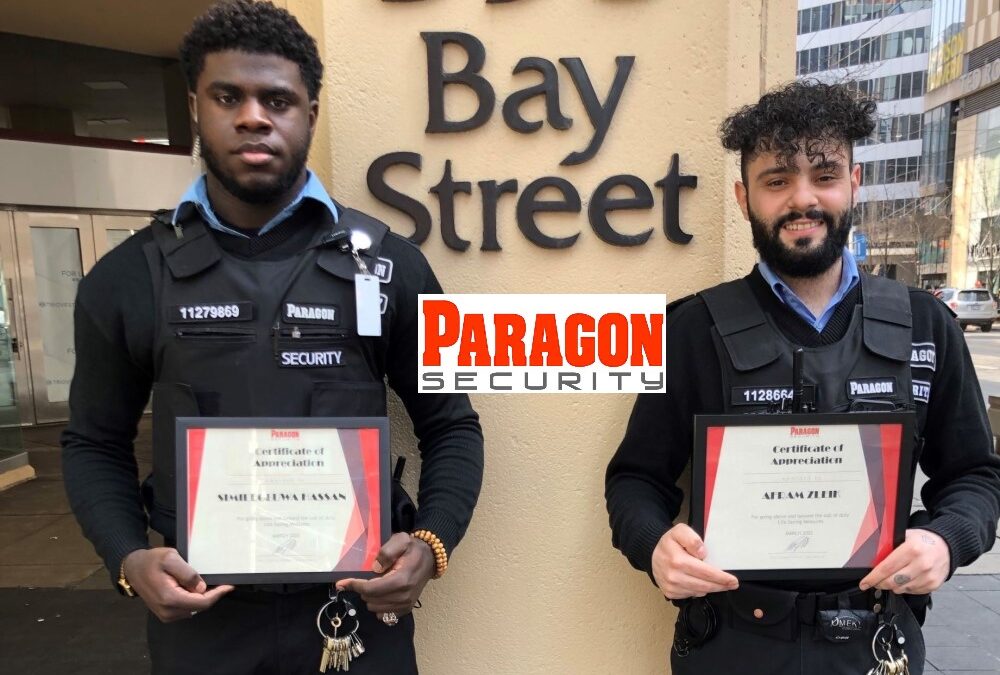 Administering CPR and Naloxone made a lifesaving difference

We would like to recognize Paragon Security officers Simileoluwa Hassan and Afram Zleik for providing lifesaving measures during a recent incident at 595 Bay Street in Toronto.

In March 2022, Officer Simileoluwa responded to a report of an unresponsive male in a public washroom. When he arrived on scene, he determined the man had no vital signs and immediately called for EMS and other assistance. Simileoluwa then placed the man on his back and proceeded to start CPR chest compressions. After 30 compressions, the man remained unresponsive.

Shift Supervisor Afram Zleik then arrived on scene with a trauma bag. Two doses of Naloxone were administered by Zleik, but the man remained unresponsive. Officer Simileoluwa returned to providing CPR, and the man finally regained consciousness and placed in the recovery position. Though he was advised that EMS was en route, he refused additional medical care.

Two used syringes were found by the man, indicating a likely overdose. Had it not been for the diligent, thorough efforts of Officer Simileoluwa and Shift Supervisor Zleik, it’s almost certain that the man would have died.

Thank you both for your efforts!

(And yes, you’ve met Shift Supervisor Afram Zleik before: He was nominated for another CSLA award earlier this month!)