These professionals safeguard our workplaces, residences, healthcare and entertainment facilities.

It’s a role that is integral to our day-to-day lives, even in adversity.
That’s why we’re committed to celebrating the front-line heroes among us.

Celebrate examples where security professionals’ direct actions resulted in saving an individual’s life and that without such immediate intervention those individuals would most certainly perish.

Enhance the public perception around the professionalism of the private security industry.

Their efforts often go beyond the role of ‘policing and enforcement’. There are countless examples of unrecognized incidents in which security personnel, through their direct actions, have saved individuals lives.

Established in 2019 by Paragon Security, the Canadian Security Lifesaver Association® is a non-profit organization that seeks to recognize these security professionals and raise awareness of their significant contributions to Canadians.

The organization has expanded its membership to include several leading Canadian security companies, all of whom are collaborating in a non-partisan and non-competitive effort.

To ensure the legitimacy, credibility, and success of the program,
the CSLA board is composed of non-partisan and non-competitive
leaders in the security industry. 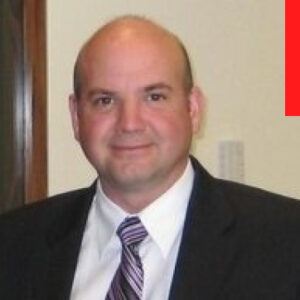 As the Director of Security for Oxford Properties, David is responsible for overseeing physical security, Emergency Management, and Health and Safety. He is a founding member of the Commercial Real Estate Security Group, an active member of BOMA Toronto’s Security and Risk Management Advisory Committee, and sits on the Executive Committee of the Real Estate Cyber Consortium. 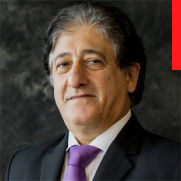 Kevin has been with Paragon since 1987. He is responsible for the efficient operation of Paragon. His leadership drives performance in the company and his management abilities deliver efficient strategies for the success of our business. He is a current member of ASIS International, BOMA, and the Toronto Board of Trade. He has received numerous industry awards, including Global 100’s Best Senior Security VP of the Year, Canada in 2018 and President of the Year, Canada in 2019. 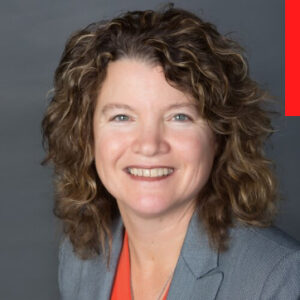 Sherri Ireland, CISSP, is a 30-year veteran of the security industry. In 2015 she founded Security Exclusive, which provides cyber awareness training sessions, recruiting and security consulting. She has been a part-time faculty in the Protection Security and Investigation program at Fleming College since 2011, and the Vice-Chair of the ASIS Toronto Chapter 193. 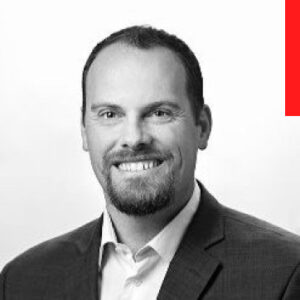 Jody is currently the Security Manager with H&R REIT at The BOW Tower in Calgary, Alberta. His experience in service and security spans three decades with involvement in shopping centres, high-rise towers, and industrial environments. As a progressive and creative leader, Jody promotes an environment where the security mindset assists to enable business. He brings enthusiasm to safety, security and service that redefines expectations. 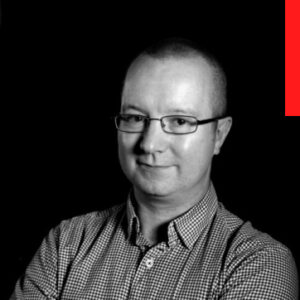 As the Editor of Canadian Security magazine and SP&T News, Neil has more than 20 years experience in business-to-business publishing. He has written about both IT and physical security issues throughout his career, with a recent focus on the forces that are making those two disciplines more closely aligned than ever before. Neil is an active member of the Canadian security industry, participating in industry events across North America. 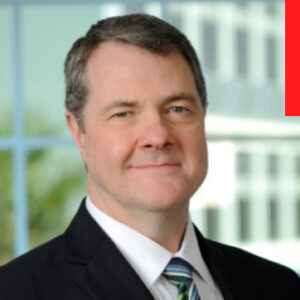 V.P. of National & Regional Sales for G4S Secure Solutions Canada and is responsible for strategic growth. He is known as a thought leader and is an active member of ASIS Toronto Chapter.

J.D. is a 32 year veteran in the security industry and specializes in strategic security program development and implementation. J.D. is Board Certified in Security Management, and an expert in Executive Services and Transportation, Alarm Systems and CCTV, Mobile Alarm Response and Patrol, Security Guard Programs, and Security Training. 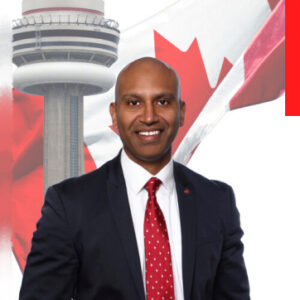 Mark is the Manager, Corporate Security and Loss Prevention at Canadian Tire and Family of Companies. His experience in security spans 25 years, working for reputable organizations such as FirstService, Woodbine Racetrack, and Maple Leaf Sports and Entertainment. Mark was also the owner of a Security Guard Company, employing over 150 staff 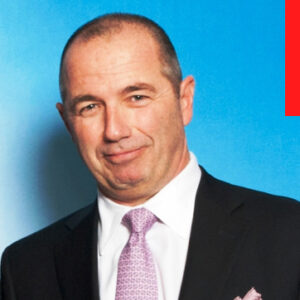 As the President and CEO of Rescue 7, John is a former Toronto Firefighter, and served on a heavy rescue vehicle for 15 years responding to high angle rescues, hazardous material spills, confined space search and rescues, and auto extrication. He is also a contributing author for various trade magazines and has traveled extensively to consult and speak at conferences. 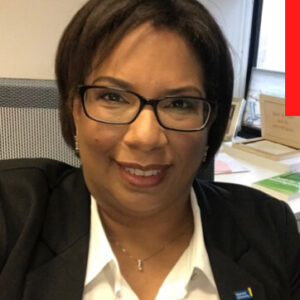 Tanya Poppleton, CTDP, is currently the Director of Campus Safety Operations with the University of Toronto Scarborough (UTSC).  She is a 28-year veteran of the security industry having worked many years in the university sector.  She is a part-time faculty in the Emergency Management, Threat and Response Planning Certificate at the G. Raymond Chang School, Ryerson University. Tanya values integrity, professional development, and supporting her staff in their career growth. 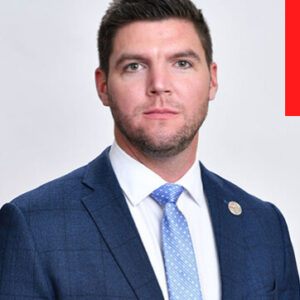 Since 2001, he has progressed in successively senior roles across Canada before returning home to Calgary as V. P., overseeing GardaWorld’s Prairie Region and 3,000+ staff.

Scott has an MBA from Athabasca University specializing in strategy and organizational design. He volunteers his time with associations allied to the security industry including BOMA and the IAHSS. He is quite active with the ASIS; previously serving as Chapter Chair for the Canadian Pacific Chapter as well as ARVP for the Young Professionals Program in Canada. 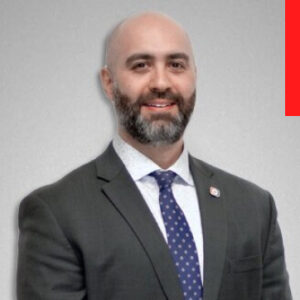 Dennis is the Chief Operating Officer with Commissionaires – Southern AB. He has over 22 years experience in the security industry having worked with reputable organizations in the aviation, general contract security and remote industrial space. Dennis is a major proponent of “people first” and places great emphasis on talent development, coaching and feedback and creating the next generation of security leaders and practionners. Dennis is a long-standing member of ASIS. In 2019 Dennis was recognized as one of the Top 10 under 40 by Canadian Security Magazine. 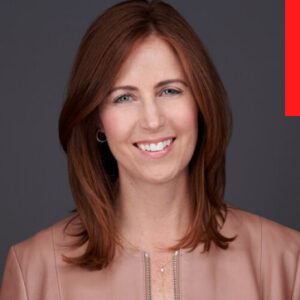 Christina is Executive Vice President with Paladin Security and leads strategic growth and innovation. With 30 years of progressive experience in contract security management, she is a recognized leader in the security industry worldwide. Christina served as the 2019 President of ASIS International, the world’s leading security management association and is a past receipt of the Ron Minion Security Pioneer Award, conferred annually by ASIS Canada. Christina is Board Certified in Security Management as a Certified Protection Professional (CPP) and holds a degree in Commerce. 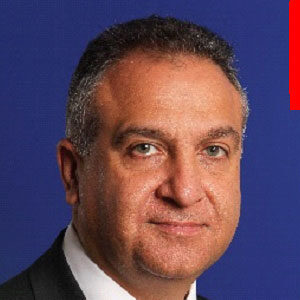 Named to his current position in October 2005, overseeing the management of all Event Staff, Medical and Security Operations including, Investigations, Threat/Risk Assessments, BCP, Emergency Response Planning. Also responsible for securing large scale events at Rogers Centre, including all Blue Jays home games, concerts, and special events.
Graduated from the University of Toronto with a Bachelor of Science degree in 1985, after having undertaken his secondary schooling at Toronto’s De La Salle College. He began his career with the Blue Jays Baseball Club working part-time in 1982 in game day operations. Employment on a full-time basis came in 1989 as the Club’s Manager of Game Operations. Currently serves on the planning committee for the annual Toronto Police Emergency Management Symposium (since 2008). He is a strong supporter of collaborative partnerships between private/public organizations in emergency management and special event planning…Mario is a founding member of SAFE (South Area Facilities and Entertainment Group) and serves on the Board of TAPPS (Toronto Associations of Police and Private Security) and participates in a number of key industry associations including ASIS, NCS4 (National Center for Spectator Sports Safety and Security – Advisory Board member since 2012), BOMA Toronto – SRMAC(Security risk Management Advisory Council 2019- Present), IIFX( Innovation Institute for Fan Experience – Distinguished Fellow 2019 to Present), SMA (Stadium Managers Association named President in 2021, Vice-President 2020-2021) also serves on the Membership and Technology/Operations Committees), CSLA (Canadian Security Lifesaver Association – Board of directors 2020 to Present) PATHCOM – Board of Directors 2020 to Present.

As a non-partisan and non-competitive group, we encourage security companies, property companies, and others to join our growing list of sponsors to help honour these incredible frontline Security heroes.

The Canadian Security Lifesaver Association is a non-profit organization designed to recognize security professionals and raise awareness of the contributions they make to Canadians.