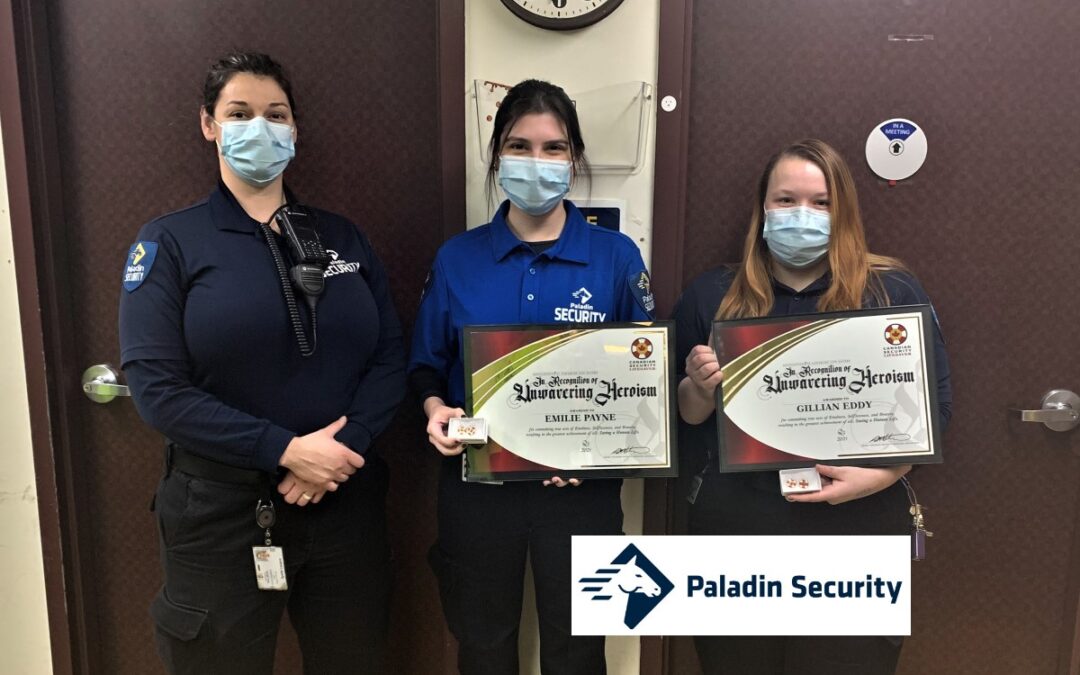 On a warm day in St. John’s, Newfoundland, an individual reported seeing unattended children inside a car in the parking lot.

Recognizing that this could be a serious situation, the Paladin Security team on duty sprang into action: Security Officer Emilie Payne informed shift lead Aly Stokes of the issue, and Security Officer Chantel St. Croix immediately went to investigate.

Upon discovering the car, St. Croix confirmed that there were in fact 3 children in the car: Two toddler-aged and one newborn.

She called Officer Eddy to assist, while Officer Stokes ensured that the switchboard used the paging system to track down the parent.

Officer Eddy spoke with the children, who indicated it was very warm in the vehicle and that they were concerned about the newborn, who was crying.

Meanwhile, Officers Stokes and Mudunge were able to use CCTV to determine the time the car had arrived on scene.

Ultimately the parent was found, authorities were called, and the children were rescued without physical harm.

Thanks for the great team effort!