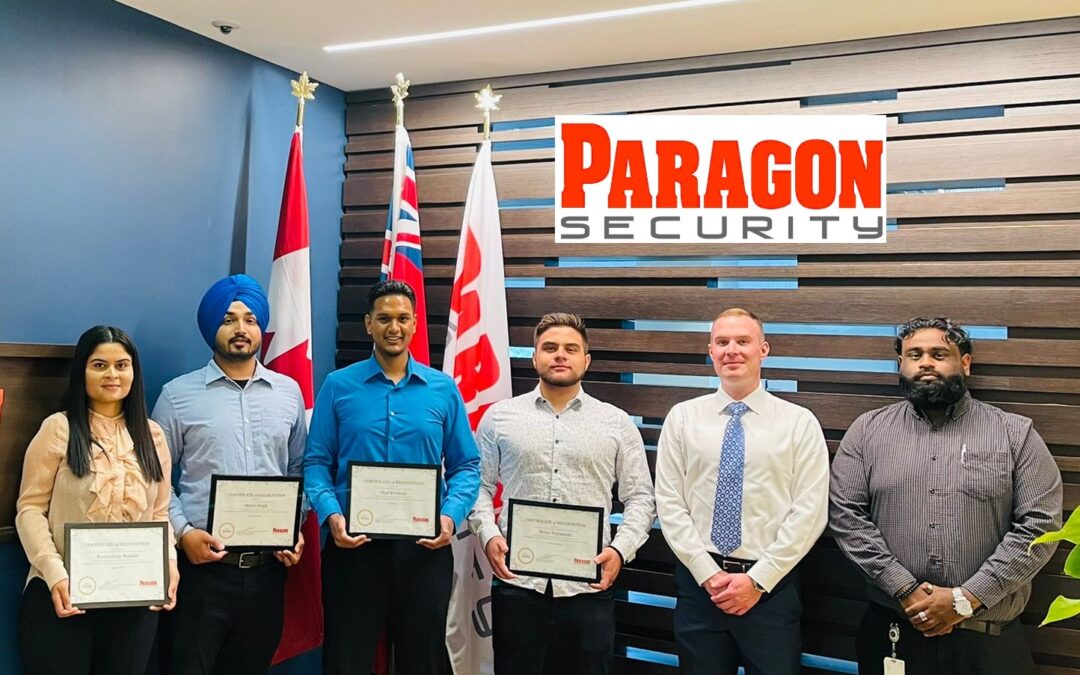 Teamwork saved the life of a 3-year-old child

We’d like to give special recognition to the Paragon Security team at Dufferin Mall, who saved the life of a toddler in medical distress.

While on patrol, Security Supervisor Neal Permaul found a toddler who had collapsed on the pavement outside the mall, just after exiting with his mother. The child was unconscious and sweating when Supervisor Permaul arrived.

Supervisor Neal observed the child was breathing sporadically, with a faint pulse and extremely warm skin. As it was quite hot and humid outside, Security decided to move the child to the climate-controlled, refrigerated area located in the back room of the mall’s LCBO to help regulate his body temperature.

Security Guards Ramandeep Mander and Marcos Jiron arrived on scene with the security department’s medical kits. After carrying the child to the backroom, they immediately applied cold compress packs to his neck, back, and armpits.  Though the child’s body temperature began to decrease, his breathing was still extremely shallow, so they used the oxygen tank to assist his breathing until the EMS team arrived.

Once EMS arrived on site, they promptly assisted the child to the ambulance and transported him to a nearby hospital.

From CSLA Founder Kevin Sanjari: “Medical emergencies involving young children are some of the most stressful situations any first responder will face.  We as an organization are extremely proud of Neal’s leadership and the team’s overall response.  Their efforts undoubtedly helped alleviate some of the child’s symptoms before he could be transported to the hospital for enhanced treatment. That’s why Paragon Security has nominated this team for a Canadian Security Life Saver award.”