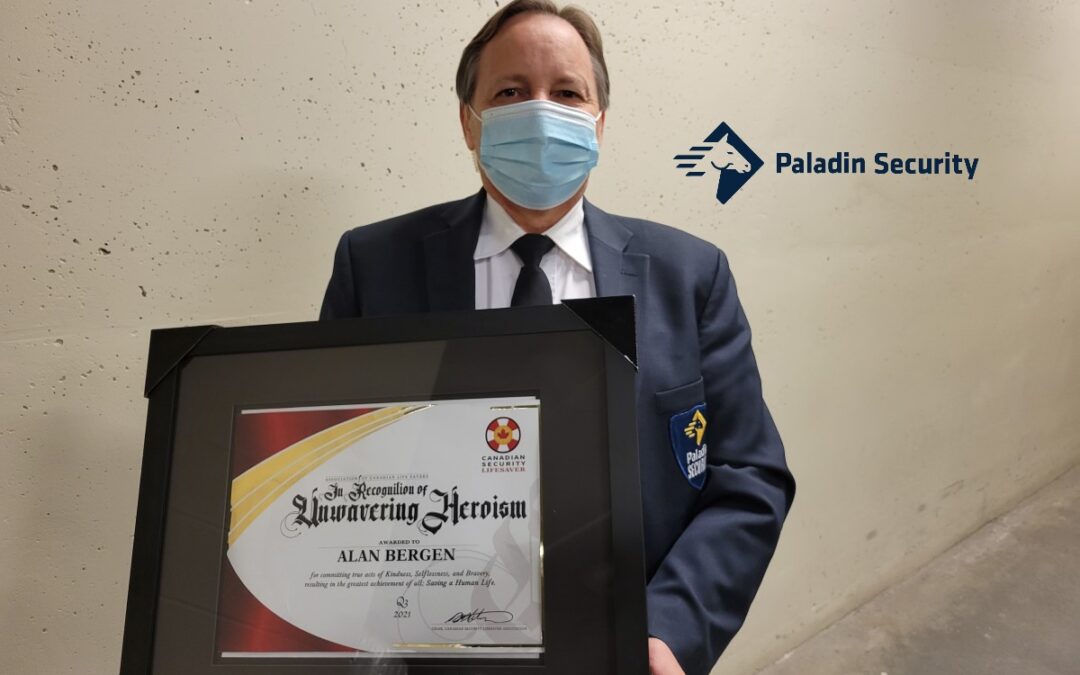 Responsibility and commitment that saved a life

Officer Alan Bergen, of Paladin Security in Calgary, was watching CCTV while on duty one night. On the screen he noticed a person who looked to be under the influence of drugs or alcohol, walking unsteadily.

Though this person was not on the property for which he was tasked with security, Alan still carefully observed the individual in case of possible emergencies.

Shortly after Officer Alan witnessed the individual fall off the train platform onto the tracks. Knowing the possible implications of this incident, Alan knew he had to act quickly. He immediately called 911, which was able to engage the right authorities and remove the person from the tracks before serious harm could take place.

Alan has been part of the Paladin family since 2018, and the management team visited the Calgary Court Centre to present him with his CSLA award. He brings a wealth of security knowledge, and a real sense of community responsibility to his role, and we’re so proud of him.