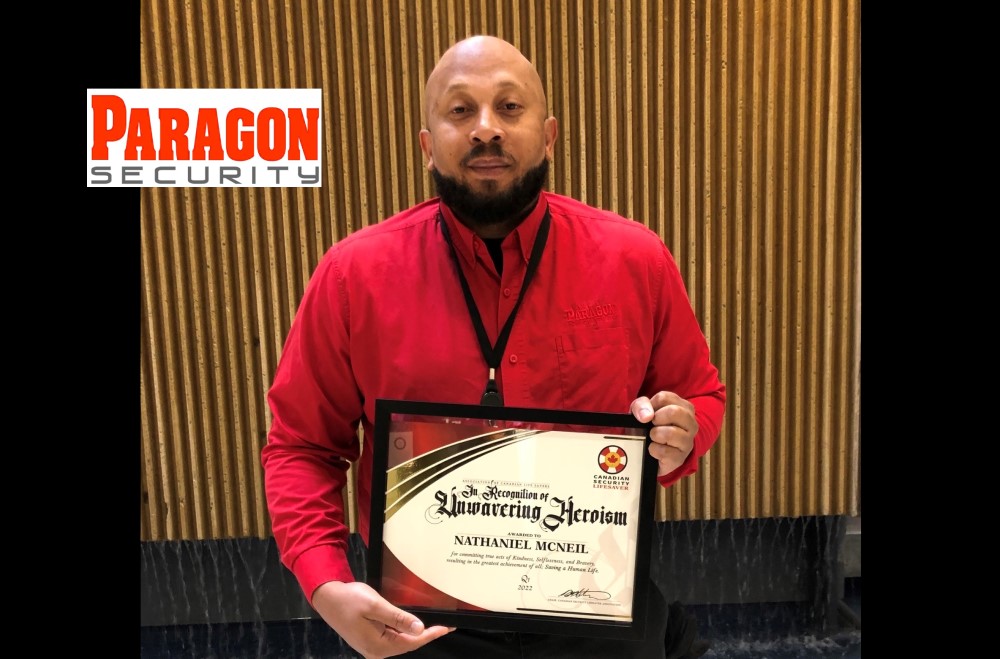 While on duty at the Atrium on Bay in downtown Toronto, Security Manager McNeil responded to two calls. Recognizing a likely opioid overdose in each case, McNeil acted quickly to administer Naloxone, which eventually revived both individuals and allowed them to receive further emergency assistance.

It’s almost certain that without Security Manager McNeil’s prompt actions, one or both of the individuals would not have made it.

Thank you, Nate, for your tireless dedication and expertise on the job!