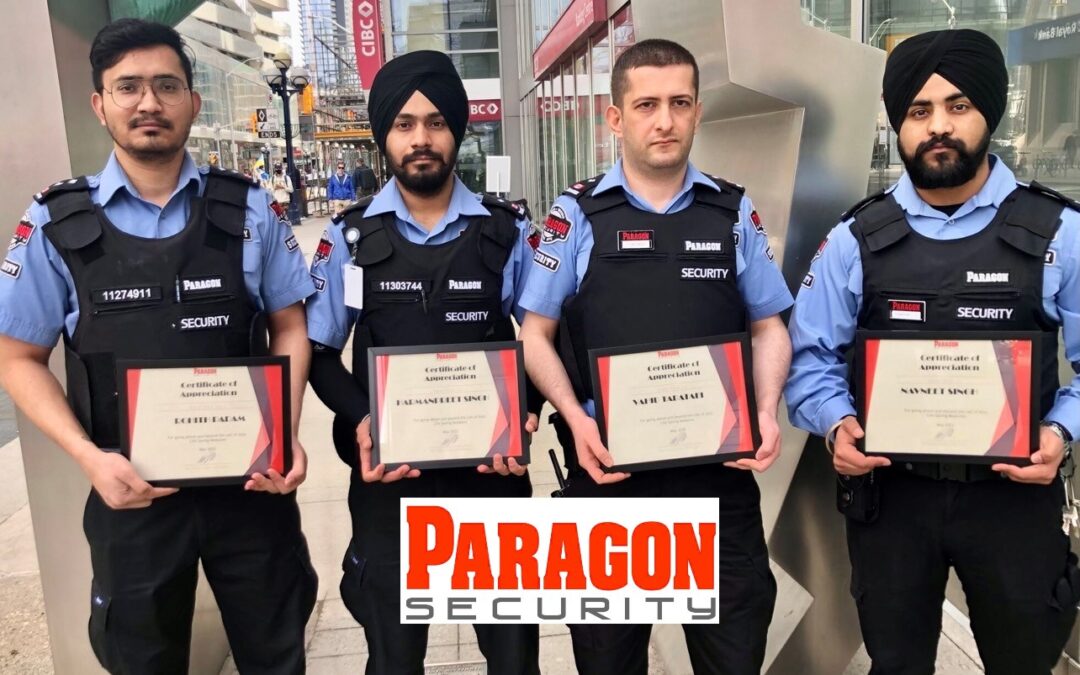 Teamwork ensured an overdose did not become fatal

On April 29, 2022, while monitoring the CCTV system on duty, Paragon Security Officer Vahid Tabataei noticed an unconscious male lying on the floor in another area of the facility. He immediately radioed an all-call response to his team.

Shift Supervisor Rohith Padam was the first to attend to the scene. Upon his arrival, he had noted that the male was unresponsive and observed a syringe within the reach of male and quickly determined that it appeared that the male had overdosed.

After unsuccessfully attempting to wake him, the security team contacted EMS. Security Officer Harmanpreet Singh was contacted to attend with a medical response kit. Supervisor Padam commenced CPR compressions and continued until Officer Singh’s arrival, when he administered Naloxone. Officer Navneet waited for EMS arrival, in order to escort them to the scene.

By the time paramedics arrived on site, the man had regained consciousness and refused further medical intervention. However, he was able to walk away from the scene.

Thanks to the team for ensuring that this situation didn’t turn into a larger tragedy!