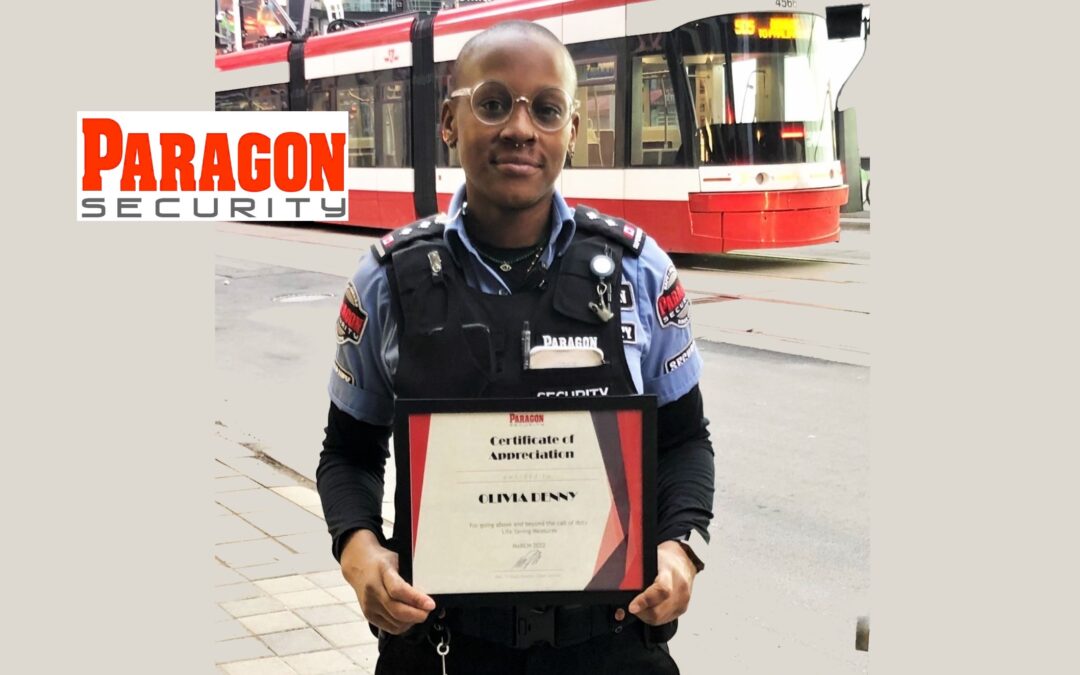 Calm, swift response saved a life while on duty

Shift Supervisor Olivia Denny, of Paragon Security, is recognized for her swift, composed response to a recent incident on a job site that ultimately saved the life of a young woman.

In March 2022, Shift supervisor Denny was on duty when a patron advised that there was an unconscious female in a public washroom. When Denny arrived on-scene, she discovered an unresponsive female lying on the floor, with a used syringe beside her.

Recognizing that the woman had overdosed, Shift Supervisor Denny immediately requested a trauma kit and began CPR compressions. Moments later, Security Site Manager Nathaniel McNeil attended with a trauma bag and two doses of Nalaxone were administered, and the woman was revived.

When EMS and police attended the scene, they thanked Denny for her lifesaving actions.

Excellent work, and thank you, Olivia!