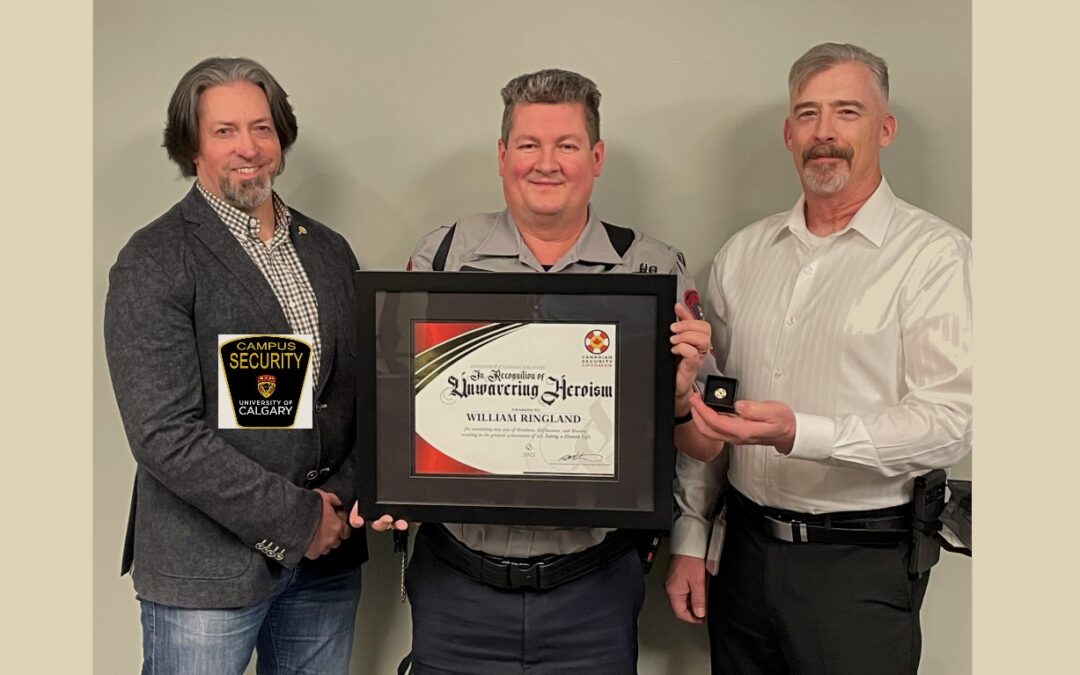 Campus Security Officer intervenes in overdose to save a life

In 2021, University of Calgary Campus Security Officer William Ringland was on duty at the University’s downtown campus when he saw, through the front windows of the building he was working in, that an individual had collapsed on the sidewalk outside.

When Officer Ringland approached, he realized that the individual was unresponsive and had stopped breathing. He immediately called Central Dispatch to summon emergency medical services (EMS) to the scene, and then began the administration of intranasal Naloxone, followed by chest compressions and administering oxygen.

The individual initially responded, but went back into respiratory arrest. Officer Ringland administered a second dose of Naloxone, at which time EMS arrived on site.

Primary care was taken over by the EMS responders, who took the individual to the hospital for further treatment.

EMS responders reported that the individual was experiencing homelessness and had been using opioids, and credited Officer Ringland with saving his life.