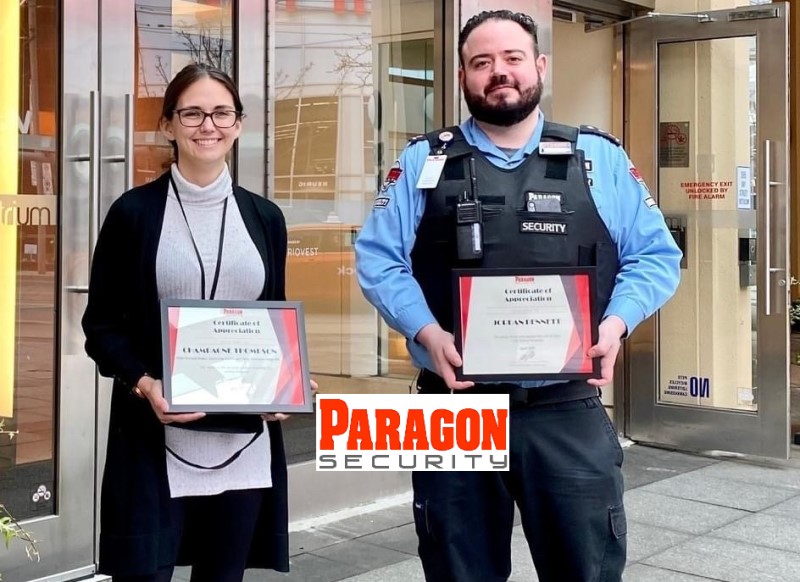 In early April, Supervisor Bennett was dispatched to the Tim Hortons store located within Toronto’s Atrium on Bay. On his arrival, he found a patron (later identified as Champagne Thomson) assisting a female subject. Both Bennett and Thomson recognized that the woman was likely unconscious as a result of an opioid overdose. In her capacity as an outreach worker, Thomson had Naloxone to hand, and immediately administered one dose. Receiving no response, Thomson administered a second dose, again without any response from the female subject.

At this point, both Jordan and Champagne administered CPR compressions. After approximately 4 minutes, the woman became responsive and was placed in the recovery position. EMS arrived on-scene shortly thereafter, and the woman was transported to a local hospital for further observation.

After the incident, Toronto Police Services sent Paragon a thank-you note, indicating that they were impressed with how well Bennett and Thomson had handled the situation, staying calm and professional throughout – and that this had made a significant difference to the outcome.

(It should be noted that this isn’t the first time Supervisor Bennett has been recognized for his life-saving efforts!)

Thank you, Jordan and Champagne!