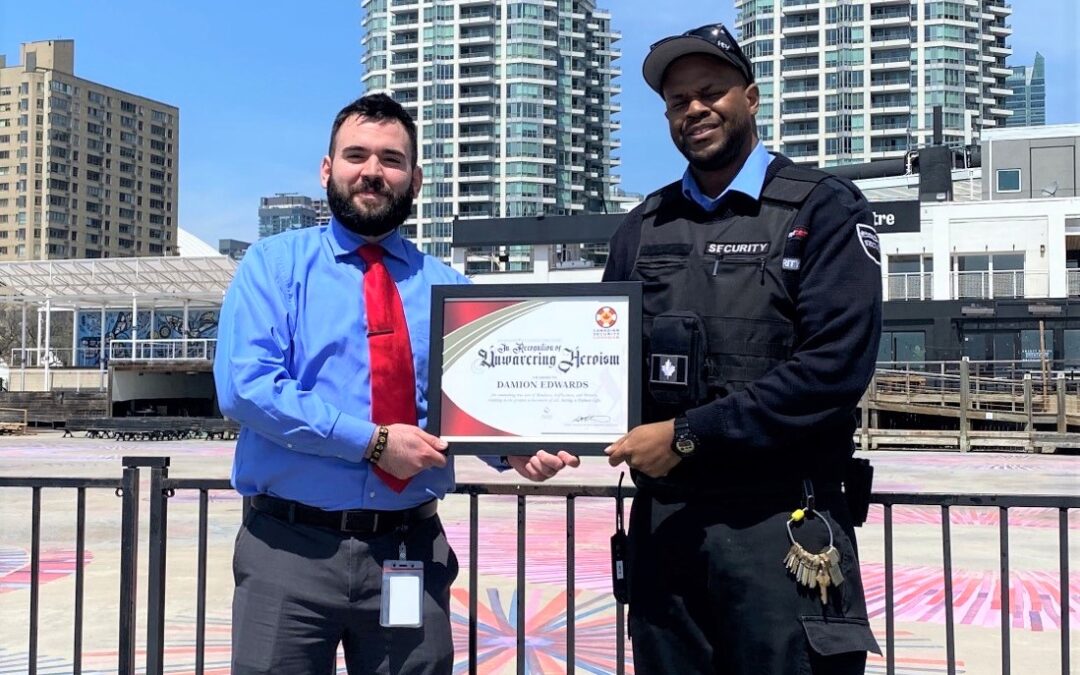 Lifesaving actions on the Toronto waterfront

In early May 2022, Security Supervisor Damion Edwards was on duty at Toronto’s Harbourfront when he received a radio transmission from a staff member, reporting an individual who was sitting at the water’s edge, in close proximity to one of the ships moored there.

Supervisor Edwards then engaged with the man, who appeared to be in distress. Edwards advised the man that it was dangerous to be sitting so close to the water’s edge, and suggested he move back. The man resisted, saying that he was just curious about how cold the water was.

While still engaged with Supervisor Edwards, the man proceeded to get on the safety ladder and began a descent into lake Ontario. Edwards was able to intervene and assist the man out of the water, but continued to engage with him. Suspecting possible mental health issues, Edwards notified Toronto Police Services and Emergency Medical Services, who arrived shortly and transported the man to hospital for evaluation.

Thank you, Supervisor Edwards, for helping make our community a safer place!