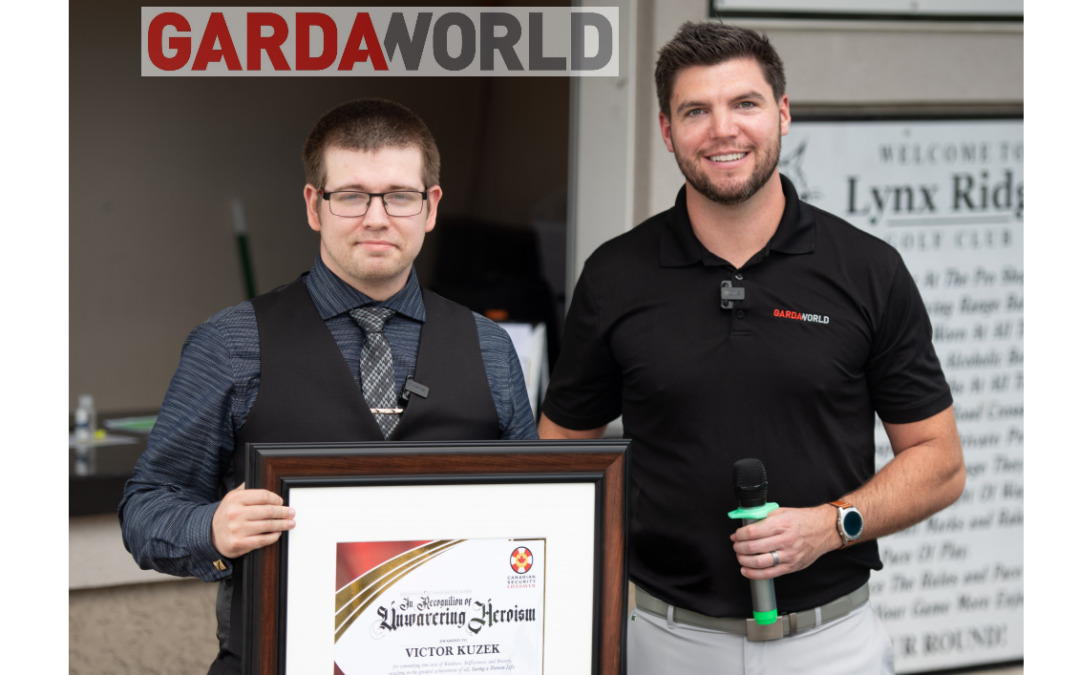 A man had entered the west lobby of a RioCan building, screaming for help. As the doors opened, the man called out to the security guard on duty, Victor Kuzek, that he had been stabbed.

Victor responded immediately: He got the man to a seat outside the west entrance, where he immediately began first aid treatment and instructed another guard to call 911 for emergency assistance. As Victor examined the man, he located a deep stab wound in the subject’s back, just to the right of the spine.

Victor began applying pressure. Using his personal first-aid kit as well as the one on-site, he was able to clean and bandage the would while waiting for EMS to arrive. The subject was then taken to hospital.

The man recently returned to the RioCan property a few weeks later to give Victor a hug and thank him for saving his life. Because of the incident, the man was able to reconnect with his family and get back on his feet: He is no longer living on the streets and has a full-time job.

It really is amazing: Security professionals are able to transform lives in so many different ways. Thank you, Victor!