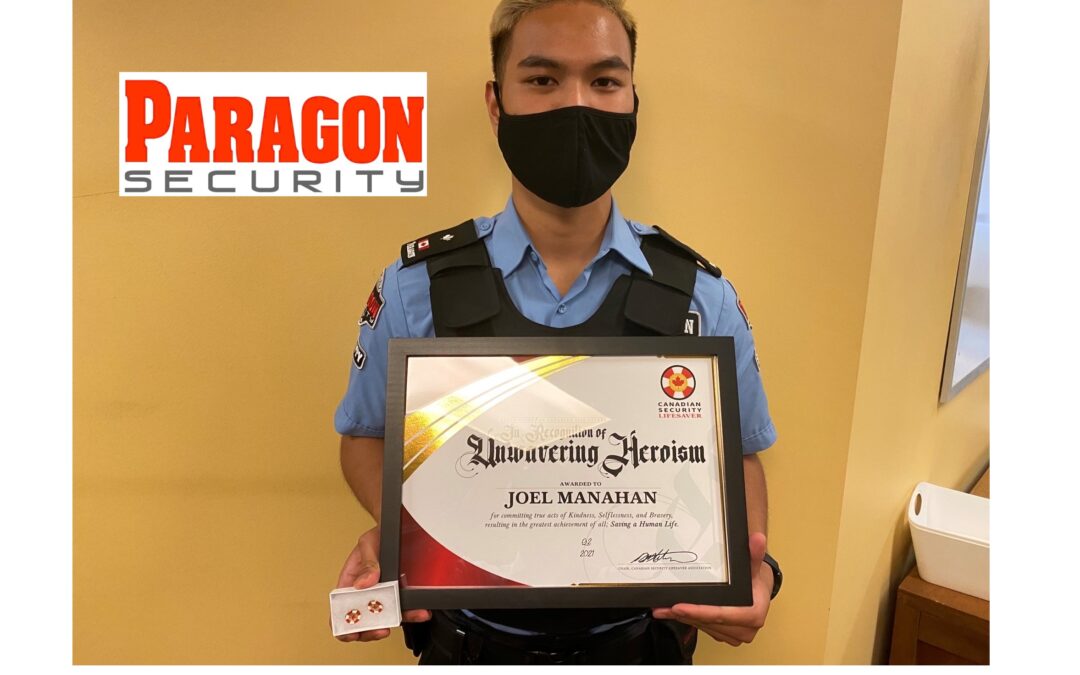 Willingness to get involved made a lifesaving difference

While on patrol, security guard Joel Manahan of Paragon Security observed a man on the ground in the courtyard, with a few people gathered around him.

The man had vomited inside his mask, and some of the vomit had gone up into his eyes and forehead. The man was non-responsive. Joel informed the rest of the security team of the situation and began administering first aid.

One of the bystanders was a ‘medical professional’ and assisted Joel. After rubbing the patient’s chest and placing him to the recovery position to await EMS, the patient began turning blue/purple and it became clear that he had a partially obstructed airway. Joel reached and cleared the patient’s mouth and throat of a large amount of vomit.

Security guard Erik Raida and Security Supervisor Mahfuz Rahman also attended quickly with the AED. Erik and Mahfuz assisted Joel in administering first aid and crowd control, as a large crowd had formed around the patient.

EMS arrived and took control of the situation while Joel and the team continued crowd control. The patient was taken to hospital. Toronto Police Services afterwards informed us that the patient had fentanyl in his system and had suffered a drug overdose. Joel’s willingness to step in almost certainly made the difference between life and death for the patient.

We are proud to recognize Joel for his extraordinary efforts. Thank you, and congratulations on your nomination!