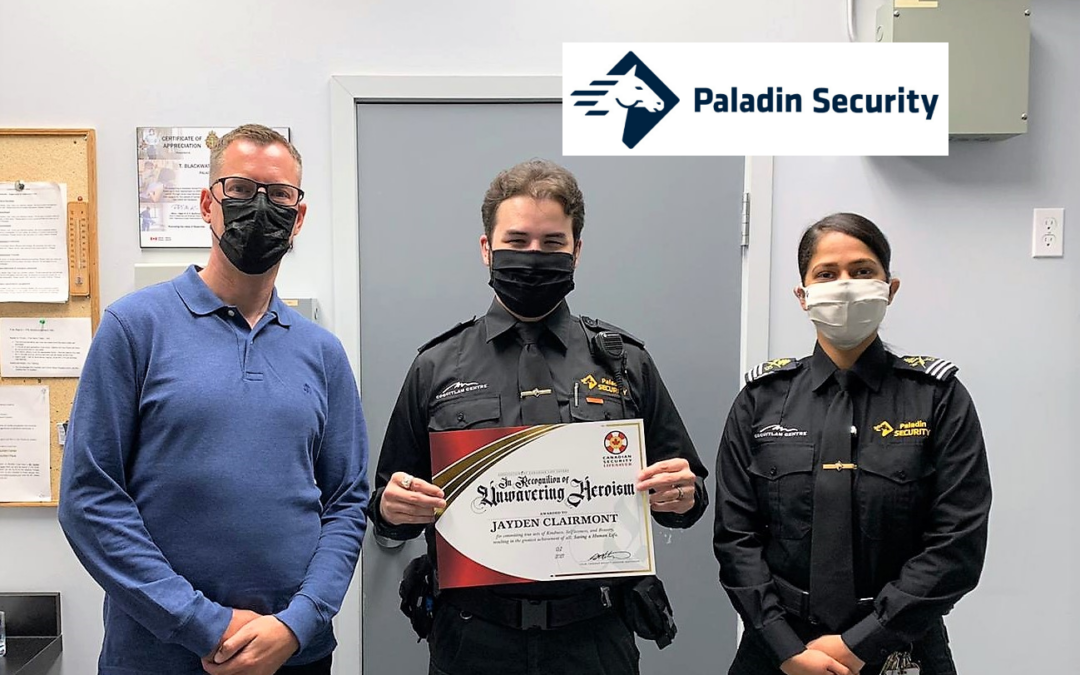 A man was found unresponsive in the family washroom at Coquitlam Centre in Coquitlam, British Columbia, and Paladin Security Officer Jayden Clairmont was first on the scene.

Officer Clairmont called for the first-aid kit and immediately began an assessment of the unresponsive man. He detected a faint heartbeat, but the man was having difficulty breathing, managing to take only gasping breaths.

Jayden provided the male with breathing assistance as 911 was called. When the Fire Department and Paramedics arrived, they took over, administered three doses of Naloxone, and the male eventually woke up.

Firefighters later stated that if security hadn’t done such a good job with the assisted breathing, the man probably would not have lived.

Great work, Jayden – and thank you for another reminder that security professionals are making a huge difference in our communities, every day.