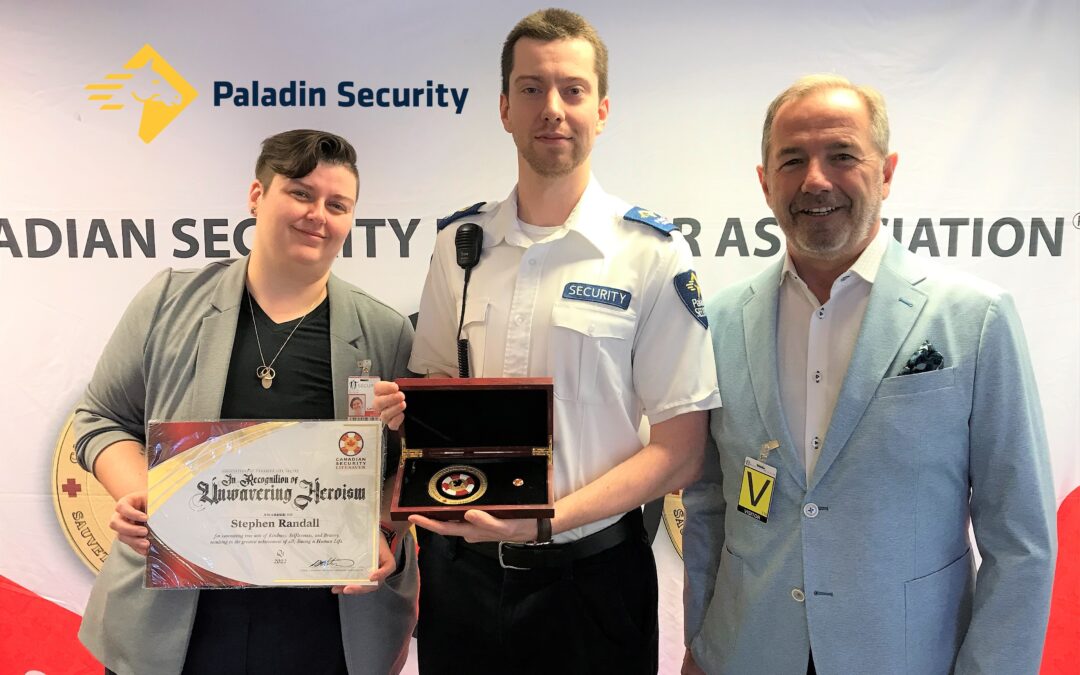 Security Officer Stephen Randall was on duty at the Royal BC Museum grounds was attending a report of a person behaving erratically. However, when he approached the individual, he discovered the person lying on the sidewalk outside the museum, bleeding profusely from a stab wound to the neck.

Officer Randall recognized that immediate medical intervention was required and immediately rendered first aid to the man, while calling for support.

Ultimately, assisted by two bystanders and three of his fellow Paladin officers (who were nearby but actually off-shift at the time), Officer Randall engaged with the man, who initially physically resisted help, injuring Randall. However, he stayed with the man as he was transported by ambulance to Victoria General Hospital, providing direct pressure on the wound throughout.

A Victoria Police Department constable said that without Randall’s continued and extreme efforts to stop the bleeding, even as he was sustaining his own injuries from the patient, the man would not have been alive when emergency responders arrived.

The prompt and decisive action taken by Officer Randall, his selfless efforts and commitment to saving the man’s life, definitely deserves recognition.