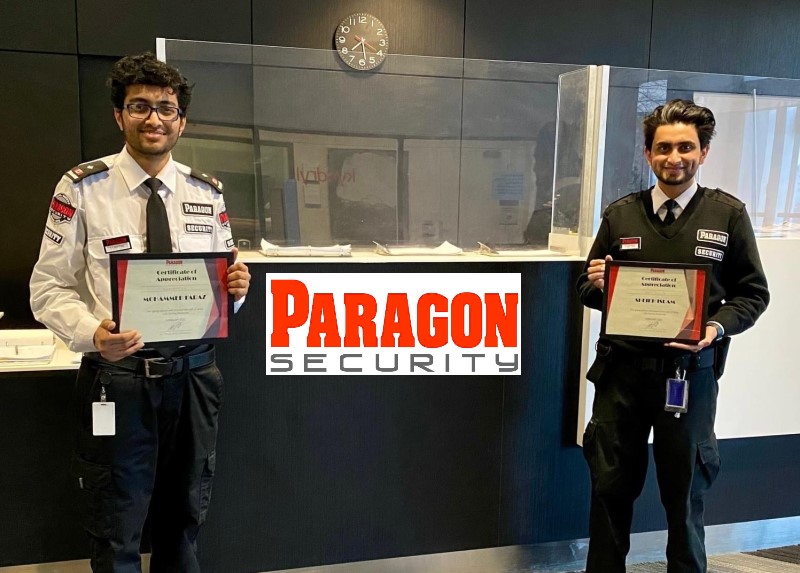 Security Officers Sheikh Islam and Mohammed Faraz have been nominated for a Canadian Security Lifesaver Award, but their actions have already earned them an award from Paragon Security for the greatest achievement in a security professional’s career: Saving a life.

Officer Islam was on a routine building patrol when he noticed someone in distress. The individual had a length of fabric wrapped around his neck and had tied it off against a railing, in an apparent suicide attempt.

Acting quickly, Islam called his partner, Officer Faraz, for assistance in retrieving an AED and first aid kit, and to contact 911 for emergency assistance. At the advice of 911 operators, Islam cut the fabric around the individual’s neck; however, the individual was unresponsive and without a pulse.

Islam and Faraz began emergency first aid and lifesaving efforts, until the Toronto Police Service arrived on-scene and took over. After 45 minutes of effort, the TPS and paramedics were able to revive the individual.

Without a doubt, Officers Islam and Faraz were instrumental in saving the individual’s life.

Thank you both for your heroic efforts!