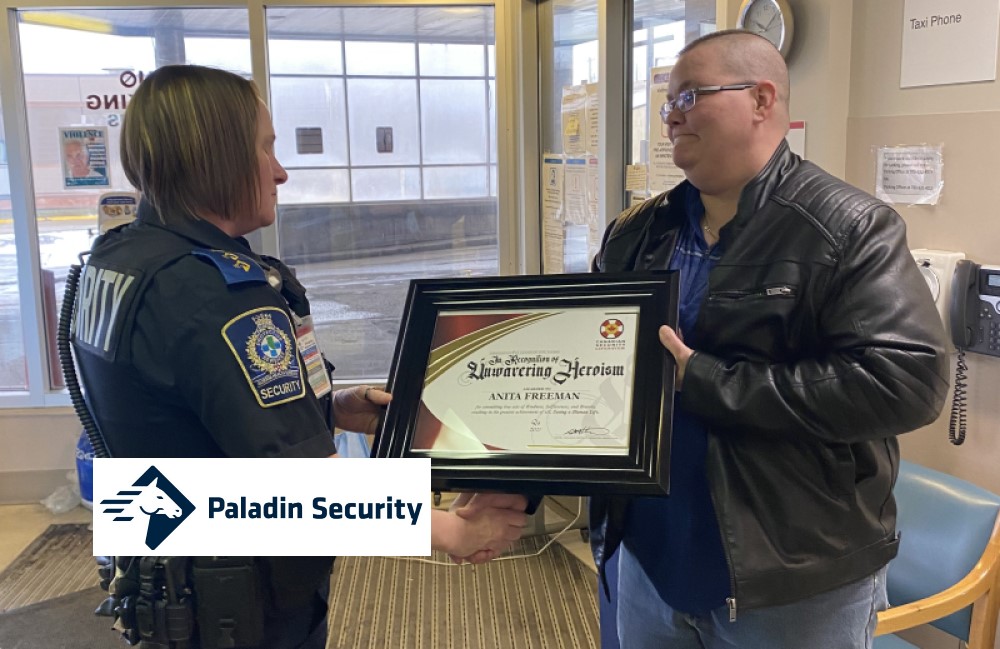 They heard a train coming down the line, and saw a young man standing on the tracks. “When I asked him to step off the tracks, he refused and said he had nothing to live for,” the CPO reported. “Anita was able to verbally talk him off the tracks and into ER to seek mental health assistance. Her quick verbal skills in that moment were spectacular.”

Words do matter. The best security professionals know that ‘de-escalation’ doesn’t always mean stopping an altercation or intervening in a conflict. Sometimes our frontline security workers are making a difference by using good listening and responding skills.

Your heroic acts saved a life, Anita! Thank you for being a bright example of The Paladin Difference.