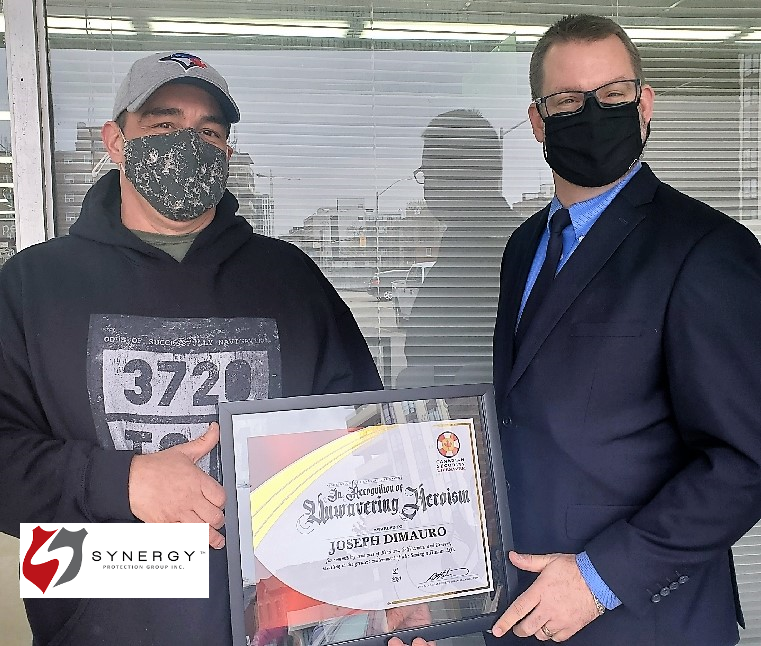 Providing CPR immediately saved the life of a woman in Hamilton

On January 21st 2021, Joseph (Joey) Dimauro (pictured above with Synergy Protection Director of Training Mark Dewdney) was stationed at a pharmacy in Hamilton as a plainclothes loss prevention investigator.

He arrived early for his shift in order to check the CCTV cameras, and while he was doing so, observed a female shopper collapse in one of the aisles. He rushed out, notified pharmacy staff to call 911, and began administering chest compressions to the shopper when he determined that she was having a cardiac event. He then directed pharmacy staff to retrieve the site AED and use it on the shopper. Life-saving efforts continued until paramedics arrived and took over the incident.

Joey’s quick thinking and swift action ensured that the shopper was supported long enough to make it into the care of medical professionals.