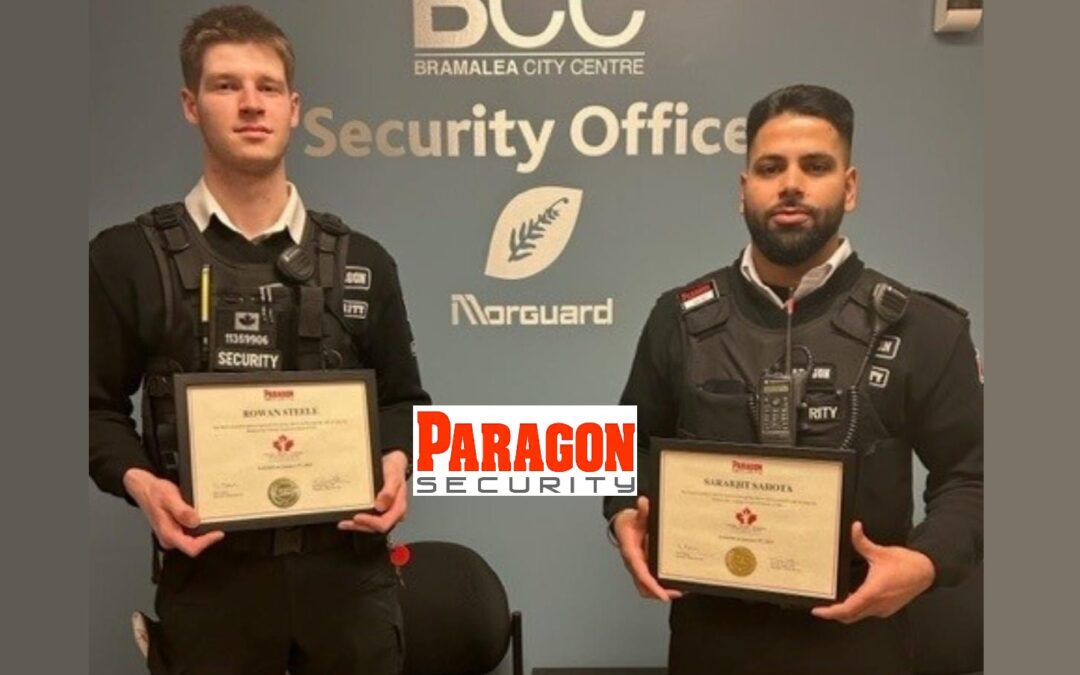 Lifesaving efforts for a suspected overdose

In January 2023, while on exterior patrol in the early hours of the morning at Bramalea City Centre, Security Guard Rowan Steele observed a shirtless male slumped over against a wall in the parking lot.

Upon approaching the man, Officer Steele found vital signs were absent, and observed multiple cuts to the man’s face, legs and chin, as well as drug paraphernalia close by.

After contacting Security Guard Sarabjit Sahota in the Dispatch Centre, Steele administered a dose of Naloxone. The man remained unresponsive. After a second dose of Naloxone, the man convulsed and a faint pulse was detected. Officer Steele proceeded with several rounds of CPR while Officer Sahota directed the police and EMS to the victim.

The man was transported to the hospital, where he is expected to make a full recovery.

Thanks for your lifesaving efforts, Officers Steele and Sahota!