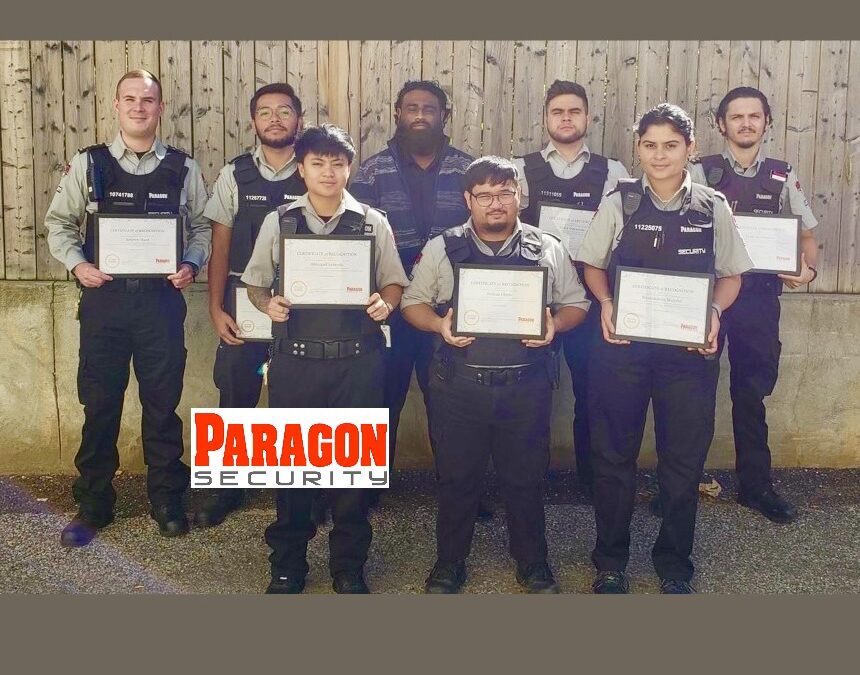 Security Officer Josue Ramos was conducting a laneway patrol as part of his duties at Dufferin Mall in Toronto when he observed two men engaging in illicit drug use. When the men noticed the security presence, they began to make their way off the property when one of them suddenly collapsed to the ground.

The man was unresponsive and not breathing, so a call was instantly placed to 911. Officer Ramos began CPR as Senior Site Supervisor Andrew Hurd and Client Service Manager Mario Topuzoki met him with the AED and medical kits.

Security Guards Joshua Olarte, Ramandeep Mander and Abbygail Letrodo assumed traffic control duties and closed the laneway. Toronto Fire and Toronto Paramedic Services arrived on site just as the team was about to apply the AED pads and assumed control of the medical response.

After several minutes, the man regained consciousness, after Naloxone was administered. The firefighters and paramedics then voiced their appreciation for the team’s response.

This was a tremendous team effort, and we are proud of how calm and collected everyone remained during the situation. This nomination for a CSLA award makes this the third save and nomination for this year at this location. Paragon Security is very proud of the team at Dufferin Mall.

Thank you for the amazing work, team!