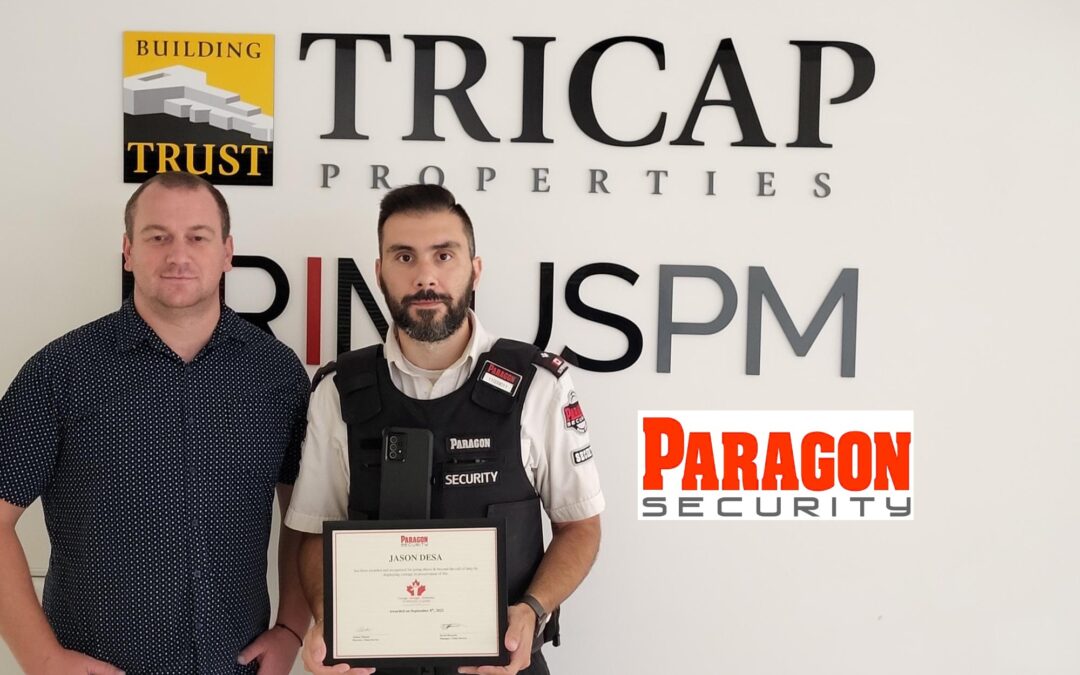 Saved the life of a woman in Waterloo Town Square

Canadian Security Lifesaver Association and Paragon would like to commend Site Supervisor Jason Desa from Waterloo Town Square for his life-saving actions.

In September 2022, Supervisor Desa received a report of a woman in distress in the restroom on-site. Desa, along with a site maintenance person, responded to the location.

Supervisor Desa discovered an unresponsive woman in a washroom stall. He gained entry to the stall where he found a young woman, barely conscious, and immediately phoned 911. He noted two sweaters knotted and hanging from the top bar of the stall, which indicated this might have been a suicide attempt.

Supervisor Desa remained with the woman, monitoring her condition, until EMS arrived and transported her to the hospital for treatment.