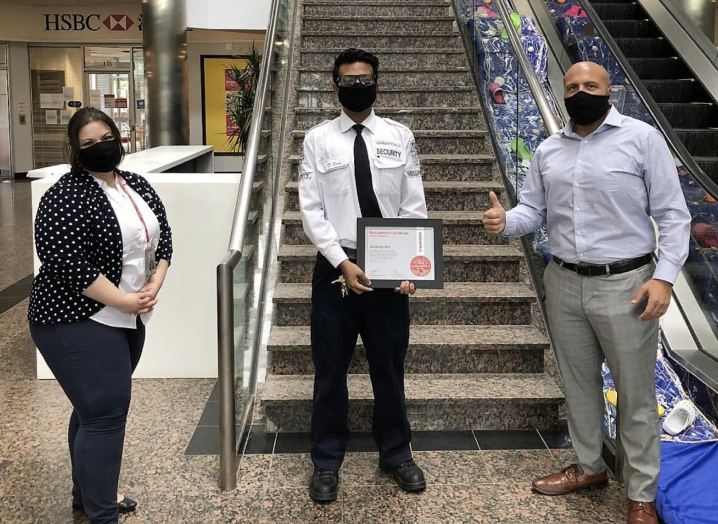 Part of our ongoing series highlighting some of the winners of our CSLA awards. Written by Neil Sutton, Editor of Canadian Security Magazine.

Sarah Miller, GardaWorld Operations Manager, who nominated Bal for the award, described the scenario that led to the award during a virtual award presentation held in Toronto:

In July 2020, Bal was stationed at the security desk of the commercial complex where he works when he heard screaming from inside the building. Upon investigation, he discovered a female office employee who had been sexually assaulted and robbed. Bal was able place himself between the woman and the male suspect, and diffuse the situation until police arrived and an arrest was made.

“We are so very glad at GardaWorld to have Jaideep on our team,” said Miller during the presentation.

Bal accepted the award with thanks to the association, noting that even a nomination “is an honourable and proud moment for me.”

Kevin Sanjari, co-founder of the CSLA and president of Paragon Security, also offered his congratulations. “Thank you, Jaideep, for a job well done and representing our industry,” he said.

Danny Cipollone, GardaWorld Central Canada Vice President, closed the award presentation by thanking Bal and all the nominees for their sincere efforts and dedication.